Global markets continued to rebound in April as global governments and central banks added more stimulus to combat the economic slowdown caused by COVID-19.  Developed markets outperformed emerging markets, and growth companies outperformed value companies.  The S&P 500 gained 10.1% over the month while the Dow increased 8.5%, the NASDAQ added an impressive 13.3%, and the Russell 2000 was up 9.4%.  Developed Markets increased by 11%, and Emerging markets were higher by 9.2%.  US Treasuries were little changed over the months with the 2-year note yield falling two basis points to 0.18%, and the 10-year bond yield falling eight basis points to close at 0.62%.  US Investment Grade and High Yield bonds rallied alongside Municipals after the Federal Reserve announced that it would buy these securities to aid liquidity in the markets.

Gold prices increased by nearly $100 over the month as investors sought a commodity that historically has provided a safe-haven and hedge against inflation.  Oil was extremely volatile due to the extreme oversupply of the commodity stemming from a lack of demand and a simultaneous production glut.  WTI Oil traded into negative territory in the futures market for the first time in history during the month.  Energy companies continued to be under pressure but were provided some relief when President Trump indicated that the government would step in and help the distressed industry. 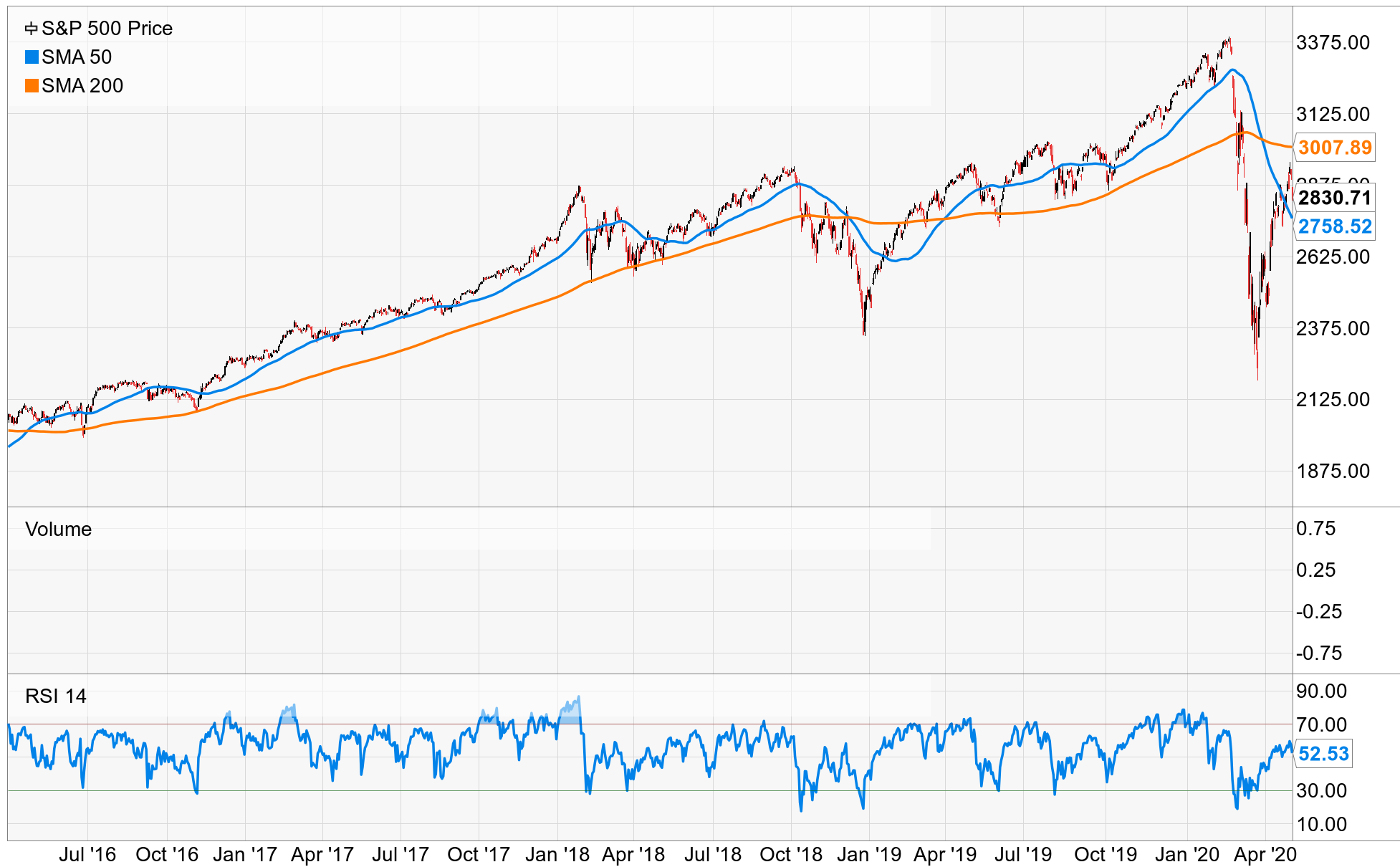 Positive sentiment around stimulus efforts and hopes that global economies could re-open sooner rather than later provided the legs for the markets to rebound in April.  In the US, individuals and families started to receive stimulus checks.  Businesses also received PPP loans aimed at keeping employees employed.  The program’s first tranche of funding was exhausted in just a few days but was provided further financing a couple of weeks later.  China and parts of Europe started to re-open their economies, albeit at a slower pace than some had expected.  The US Federal Government also laid out guidelines on how and when State and local governments should re-open their respective economies.  In the US, promising data on some experimental treatments of the Coronavirus also helped sentiment.

Economic data released during the month painted a dismal picture for the global economies.  China’s 1st quarter GDP decreased by 6.8%, 1st quarter GDP in the Eurozone fell by 3.8%, and the US economy in the first quarter contracted by 4.8%.  In the US, initial jobless claims over the last six weeks totaled over 30 million or 18% of the US labor force.  Consumer sentiment cratered and retails sales fell over 8% in March.  To combat the slowdown, global central banks have been taking unprecedented measures.  The US Federal Reserve has acted quickly and reiterated that it would do whatever it takes to meet their mandates.  The Fed has started to purchase US Treasuries as well as investment-grade bonds and has said it would buy high yield bonds if they were considered investment grade before March 22nd.  Additionally, the Fed set up a trillion-dollar backstop in the commercial paper market and has opened up lending facilities to small, medium, and large businesses.  Interest rates continue to be close to record lows, and the Fed Funds rate is likely to be at 0-0.25 basis points for quite some time.